The 15 Most ‘Common’ And Provocative Sexual Fantasies

Fantasies are an important aspect for an adult engaging in healthy encounters sexually, either independently or with another/others. It often is a freeing act; the fantasy doesn’t depend on the actions of another, therefore, voids itself of any anxieties, stress, timing, temperament and typical ‘blockers’ for any encounters with others. For some, the fantasy itself can be as enjoyable, if not more so, than the actual act of playing out the given fantasy (meaning it’s purely fantasy and nothing else), while others may embrace the fantasy and incorporate it into their lifestyle and use it as an enhancement to their sex life. If the sexual behaviors don’t interfere with daily healthy functioning then the fantasies themselves can be an achievement. Fantasies are something that may be unspoken but widely enjoyed on a universal level.

It’s important to note and assess if one has a lack of fantasy itself. If this is due to guilt, fear, shame, embarrassment, etc., it can be a signal of sexual dysfunction which can be treated by a professional. SF’s presence in one’s life is a natural process that one can happily embrace. Knowing that it varies individually, as well as incorporating any personal aspects such as social influence, spiritual beliefs, and moral compass, we now look at a full, yet not limited, list of sexual fantasies. While addressing this list, it’s important to note that it can apply to many areas such as gender differences (such as male fantasies and/or female fantasies), sexuality differences (asexual, homosexual, bi-sexual, etc.), and ‘during the act of’, occurring both during individual play (masturbation) to SF’s during sexual acts with others. The SF’s are also not exclusive to each other, meaning there can be several fantasies combined into one fantasy.

Sex with a loved one – A spouse, significant other or loved one they are dating is the fantasy on their mind. They envision their loved one when they become sexually excited and imagine different sexual acts with them, such as kissing, dancing, positions, and scenarios.

Sex with a stranger – This can be a chance meeting with someone they will never see again, someone they have never even met, or saw briefly and imagine sexual escapades with them in some manner.

The More The Merrier

Sex that is recreated, reenacted, this can be a sex scene from a video or movie, most commonly seen in ‘acting out’ the pornography that is being watched. For example, if the scene is a sensual massage followed by oral sex, then the viewers of the video then mimic those acts, usually, in sequence/order, they are watched.

Different places of sexual engagement can be the main theme in one’s fantasy. Places such as the beach, in public, a landmark, even a city or specific view, can be an enjoyable SF for many. The idea of ‘escaping’ to another place, another time possibly, can relieve great stressors to allow for a deeply rewarding fantasy and experience.

The body – The body itself, the thought of it, how it moves, the smell, a feel, the thoughts of touching the body and/or specific body parts. An example of this is a soft flowing sundress on the body of a woman emerging from the water. As the water forces the fabric to cling to the figure, the ‘fantasizer’ may think of the movement of the walk, or the wet of the hair, the transparency of the clothing, etc. The entirety of the body, either explicitly sexual or not, is the thought for sexual arousal.

Desires to feel what it feels like to be the opposite sex, if only for a brief sexual moment. This isn’t compared to gender identity, but regarding only gender fantasies. To imagine having a different experience, feeling, sensation, position, orgasm, with different gender organs, different reactions, etc. This can be seen in a male visualizing being a sought after a beautiful woman and possibly what it may feel like to become aroused, or a woman engaging in penetration envisioning ejaculation.

Want to be wanted – There is a famous song saying exactly the term ‘I want you to want me, I need you to need me’. An increase in arousal thinking of others chasing, being insatiable, desiring, and being wanted by others. Including driving others wild sexually and becoming their fantasy and object of sexual gratification.

Sex with a celebrity – A crush, an innocent fan, inventing moments where sexual involvement occurs. The type of sexual encounter can range, including the ‘relationship’ with the celebrity. It’s key for one to be aware of any possible delusions, such as thinking the celebrity feels the same, yet it’s a natural occurrence among many ‘fans’ that find their celebrity crush attractive.

An encounter with the same sex if either for a moment or for a more involved situation. ‘Gay for Play’ is a term that is applied to homosexual behaviors of a straight partner. The SF can be far more developed than a momentary fantasy and can be that of an ongoing scenario or even a life-long romance.

The DSM-V changes in recent years have depathologized certain kinks, meaning that kinky doesn’t mean mental illness, but instead an ‘unusual sexual interest’, so if someone can both fantasize and function in a healthy and normal manner (i.e., work/volunteer/operate daily, contribute to society, manage responsibilities), then they are simply ‘kinky’, not ‘sick’, if they aren’t in distress, then they don’t have a disorder. It’s only when one’s ability to function, operate, function, etc. that treatment needs to be prioritized.

An arousal, sexually, from ‘cross-dressing’. The term varies and dates back to the Hebrew Bible, yet it’s the act of wearing the opposite sex’s clothing, including, but not limited to, cologne/perfume, make-up/facial/body hair, yet the primary focus and fetish is the clothing itself.

Discipline – Discipline can be seen in the following of rules, training/being trained, and exhibiting the learned and desired behaviors. For example, an SF of discipline could involve behaving and acting a certain way due to training, expectation, and devotion (i.e., being a loyal subject or being catered to by a faithful servant who has been trained accordingly, kneeling at the feet of their provider and/or having one obey their commands without question).

Dominance – Dominance is the control, authority, and power over another, either sexually or non-sexually. Dominance can be a ‘mild’ as choosing the clothing for an event another will attend, to a more ‘wild’ version of having total dominance over someone such as monitoring and maintaining their schedule, including the food they eat, the clothes they wear, the times they use the restroom (or giving permission for certain acts) to sexually making all the moves and choices, and/or deciding when, where, how and if they will occur.

Submission – The act of surrendering and serving another/others. It may be for an act that is nonsexual, such as where to go to eat, or a sexual fantasy such as crawling on hands and knees while naked to someone they call their ‘Owner’. Submission can vary from the way in which they may speak to/address others (i.e., Sir, Ma’am, no eye contact with strangers, speak only to the dominant partner) to being a well-trained ‘pet’, ‘slave’, ‘submissive’, etc. who derives pleasure in submitting.

Masochistic – Pleasure in receiving pain. Examples such as piercings, being hit, chocked, humiliated. Pain is/can be both mental and physical.

Sadomasochism – Pleasure in both giving and receiving pain.

15., cont. FETISH – Fetishes can be a single predominant and reoccurring fetish, or it can be combined with other fetishes. Some fetishes known are;

Tickle fetish – either specific to a body part or giving and/or receiving, a tickle fetish is a sexual arousal when tickling is occurring.

Fat/Belly fetish – Sexual attraction to overweight/obese individuals. Arousal associated with feeding and/or watching them gain weight over time. Sensations of sexual arousal are also seen in the viewing of feelings of another being ‘stuffed’, ‘full’ and ‘taking’.

Role Play – The act of playing a role or imagining a scenario and acting it out. Examples; Nurse/patient, Age Gap fantasy (an older mentor with a younger colleague at work), Furry/Pet Play, and Rape play (consensual power exchange).

Certain fantasies may present an issue if it’s a high-risk fantasy that can lead to the harm and non-consensual involvement with/of others. Examples of this are ‘thrill to kill’ fantasies or those crossing boundaries of reality such as the stalker whose fantasies lead to dangerous actions. As a note, illegal acts, such as non-consensual acts, necrophilia, bestiality, rape, molestation, etc. are not spoken on in-depth here as they are not considered sexual acts but acts that are harmful and illegal and have nothing to do with sex and/or intimacy but instead power and control.

Need extra help? Talk to a Therapist about Relationship Issues.

Everything You Need To Know About Sexual Stealthing

Stealthing means the act of removing a condom during sexual intercourse without consent, is a growing concern in the dating world. It not only violates a partner's trust and autonomy, but it also poses significant physical and emotional risks. In this article, we will... 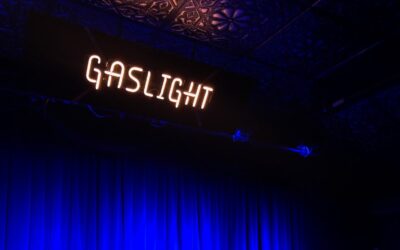 Real Life Examples of Gaslighting & What To Do

Gaslighting is a form of psychological manipulation that aims to distort the victim's sense of reality. It involves the perpetrator constantly denying and undermining the victim's perceptions and memories, causing the victim to doubt their own sanity. The term...